A new collective agreement for the IT services industry – Tietoala ry

A new collective agreement for the IT services industry

Tietoala ry, YTN and Teknologiateollisuus ry today approved the outcome of last week’s negotiation. The solution covers over 70,000 IT workers.

The solution allows negotiating salary increases locally. If there is no local wage agreement, the wages are adjusted according to the so-called tail-board, which by 1.3.2020 at the latest, will see a 1.3% overall increase in salaries.

Unless a local agreement is reached in the second year, salaries will be increased by a general rate increase of 1.2% by February, and in addition, on February 1, 2021, a 0.8% enterprise or job-specific item will be used.

In line with the general trend on the labor market, the increases agreed at the tail-board amount to a total of 3.3% over a 25-month contract period.

Free kiky-hours were abandoned. They were replaced by agreeing on working time flexibility locally.

“While salary increases are moderate in the industry, we are pleased that the most important goal for our members is being achieved. Kiky-hours will be canceled and free work will end,” says Minna Anttonen, chief negotiator of YTN tietoala. ”On the other hand, salary increases are primarily negotiated locally, so hopefully they will be better than the general policy.”

“The list of employer weaknesses was long, but we got rid of it. Weaknesses in terms of employment did not occur during this round of negotiations. Instead, we were able to develop some important records for our employees, ”says Jyrki Kopperi, Chairman of Tietoala ry. As an example, he mentions temporary absence due to a child’s illness. Previously, wages for absenteeism were conditional on both parents being in paid employment. In the future, spouse’s  studying leading to a degree may also be the basis for compensating absences. “I see the collective agreement solution as a win-win. Even though there were no industrial action measures in our sector throughout the negotiation round, our solutions follow the general line, ”Kopperi concludes. 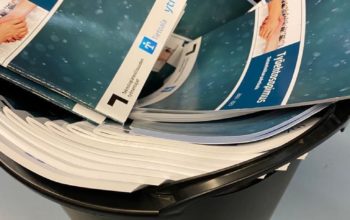